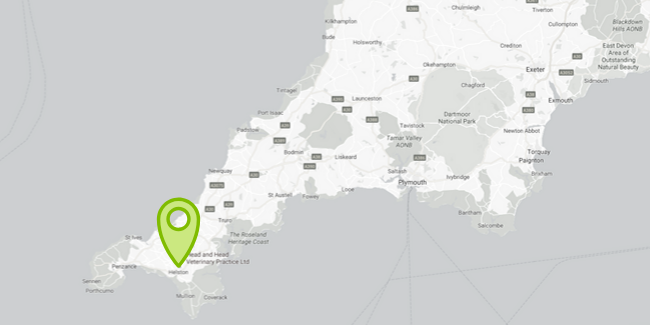 When the inaugural AVS-VDS EMS Grant took me to Cornwall!

I applied to the AVS EMS Grant in December 2018 and was fortunate enough to receive the AVS EMS Grant at the AVS Congress early 2019, hosted at RVC. The focus of my application was to aim for an EMS placement with a strong Farm bias for the upcoming spring season, where I had 6 weeks of EMS available and would be an optimum time of year for this area of veterinary.

I hold a strong interest One Health, particularly through my student roles within IVSA - the International Veterinary Students’ Association - on both a global and local level. Through IVSA I met Neil Powell, a Consultant Antimicrobial Pharmacist from the Royal Cornwall Hospital Trust. Neil gave an interesting talk about the ‘Cornwall Antimicrobial Resistance Group & Cornwall Veterinary Association Dairy Antibiotic Benchmarking’ system at the first ever ‘Antibiotic Stewardship in Animal Health & Food’ conference, held in London on October 2018. The Cornwall Veterinary Association have really been working hard together to raise awareness and actively reduce the inappropriate prescriptions for antimicrobials to act on anti-microbial resistance, with benchmarking the number of prescribed antibiotics across farm veterinary practices in Cornwall.

Cornwall was an amazing veterinary location due to the recent work, and by being very niche and collaborative together through their veterinary association. This is a strong example of prominent veterinary issues being tackled on the front-line and a strategic plan which has been implemented to make an active future difference in the profession and reduce the risk to public health.

Head & Head Vets is a mixed practice, with a farm-small animal focus, in Helston, Cornwall. The practice works closely with the Seal Sanctuary! So a true variety of animals can be seen here on a daily basis. One day, I was even drenching camels, who were surprisingly kept as pet grazing stock! To demonstrate the average day with Head & Head, here is exactly what I got up to on my first day with the practice.

A 12yo male entire Shih Tzu presented as an emergency to the out of hours team. Owners initial complaints was he had been drinking water excessively throughout the day and vomiting it back up. Also, a previously swallowed toy had been vomited back up – toy appeared entire and whole but the Shih Tzu could have swallowed something else as well. Owners reported he was lethargic and had been cocking his leg to urinate but with no urine passing. This dog had a history of bladder stones, having had bladder surgery only 2 months prior, and he had been placed onto a Royal Canin urinary diet.

After being admitted for intravenous fluid therapy and x-rays, pre-op bloods were run, and an injection of clavulanate-potentiated amoxicillin was administered due to increased number of neutrophils. WBC count overall was within normal limits, HCT was low, Urea and ALKP slightly increased and RBC slightly low. 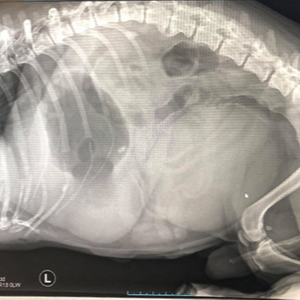 Following this, we sedated the patient and a tube was passed into the stomach with approximately 500ml of fluid removed. No stones were visualised on x-ray however due to distension, there was high suspicion of a stone or blockage.

During ultrasound, a foreign body was not found, however this is foreign body material dependent so still could not be completely ruled-out. From ultra-sound imaging, there was a very high chance bladder rupture was imminent and/or there was a high risk the bladder wall will be prone to rupture. A urinary catheter was placed and passed quite well into the bladder. Approximately 300ml of urine was removed and the bladder appeared much smaller and evidence of stones in the bladder were viewed by ultra-sound. Stomach had returned to normal size also.

A follow-up x-ray, see Figure 2, revealed a much smaller stomach and bladder, however, still a small area of gaseous distension could be seen in the duodenum, without foreign body completely ruled out.

We phoned the owners to update them on these findings and discussed the following options:

As euthanasia may have been imminent, the owners decided to collect their Shih Tzu from the practice at 11pm after he had received a few more hours of fluids. The practice provides out of hours but not an overnight hospitalisation. The owner intended to spend more time with the dog and return to the practice for frequent check-ups, but to return immediately if any deterioration was advised to bring the patient in immediately if any deterioration. 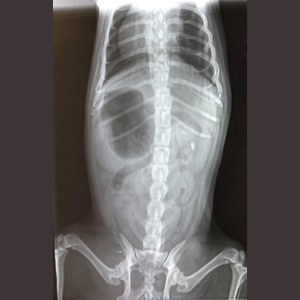 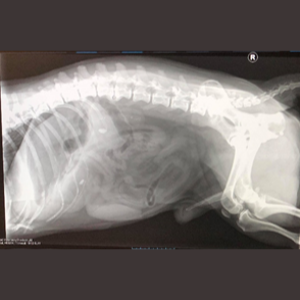 During fluid therapy, our next patient was a tawny owl found by the member of the public, see figure 4. We proceeded to x-ray its wing, see figure 5, which revealed a metacarpal fracture. Healing of metacarpal fractures can be tricky as there is not much soft tissue in that region, so nerves and structures are less protected and susceptible to suffer from more severe trauma. The owl had a Figure of 8 splint for its wing and was very bright throughout the week. Due to issues with territory and tauwny owls mating for life, it was important for the vet to release the owl in the same area it was found, increasing the chances of reintroduction success. 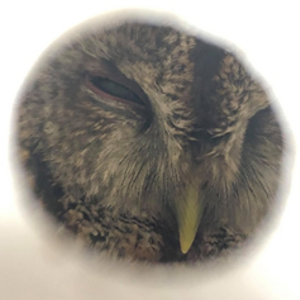 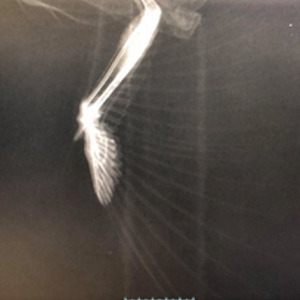 After a jam-packed first day, the following day the owners sadly opted to euthanise the Shih Tzu due to a combination of factors: prognosis, quality of life and financial constraints.

VDS Training are proud to be supporting the AVS EMS grants. These grants will offer financial support to veterinary students to complete an EMS placement. The applications for the 2019 grants are open and close of the 1st of December and the successful applicants will be announced at our 2020 AVS Congress at Surrey Vet School in January. There are 5 grants available each of £200 and the application form can be found here and should be emailed to: AVS.EMS.Grants@gmail.com

About VDS Training
VDS Training are passionate about developing all members of the veterinary team, to help you overcome the personal and professional challenges you face on a daily basis, and to build practical skills and techniques to make a real difference to you and your life.

This site uses cookies to help improve your online experience. Find out more